Mothership Entertainment Group President Ceelo Green asked that we help debut The Swagu’ Experience to the world via their catchy, millennial focused record “Pick it up”. The result was a premium editorial piece on Billboard.com, over 100k views on their music video, a huge audience on social media and a label deal with Epic Records. 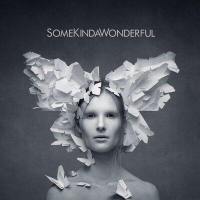 Somekindawonderful front man Jordy Towers asked us to help share the sneak peek lyric video for “Reverse” by promoting the video for 100k views to generate some buzz. Then we followed up by promoting the original HD Music video as well for the same amount. Our advanced targeting for media buys generated more than 1mm views and the song went on to achieve top 20 status on Alternative Radio and resulted in a world tour for Somekindawonderful.

Lovey James is a top 20 American Idol alum from 2015. She enlisted Precog Media to provide our Artist Development services which include social media marketing, social video marketing, video promotion, audience development and more to help her increase the awareness about her and support her live performances. To date she is quickly becoming the new act to watch with shows all over the west coast including Portland, Seattle, Eugene, and Los Angeles.

Eric Zayne came to Precog Media with a goal. To increase his audience, share his music and get signed to a label. After a short time we had increased his audience and generated millions of views on all of his videos which ultimately lead to him being signed to SONY under a publishing deal.

Dani’ Wright and the Misters

Three lead singers, capturing all-American spirit, honed in on modern R&B/Pop vocals and converged on the city of Los Angeles to recreate the glorious sounds of a twenty-first century Motown. Dani Wright and The Misters include the sultry vocals of dreamy bombshell Dani, the magnetic Mister Right Now, Neeve Andrews and a charismatic Mister Everything, Nic. The twenty some-things, inspired by Diana Ross, The Jackson Five, Gladys Knight and the Pips and modern day acts such as Janelle Monae, The Black Eye Peas and Bruno Mars bring class, skill and the lost longevity of Hollywood glamour to their intricately choreographed and tightly-harmonized performances.

Dynamic, contagious melodies coupled by snappy rhythm is how the three comprise groovy choruses for their upcoming album. The lyrical urgency of flying to “Paris” overnight on a whim or Dani’s vulnerable ballad, “Lipstick and Pearls” are exciting, sharp contrasts to The Mister’s frat boy chant in “Leave Them Keys.” All in all, Dani Wright and The Misters have an undeniable artistic depth. Collectively, these artists have toured, performed, co-starred and recorded with/for American Idol, BET’s The Game and Sunday Best, Mint Condition, Phil Lawrence of Bruno Mars & the Smeezingtons, PJ Morton of Maroon 5 and NAACP Image Awards winner Tisha Campbell.

Dani Wright is a native New Orleanians and Neeve Andrews Flordia native, while Nic Jackson hails from Sacramento. The group continues to pursue individual artistic careers ranging from stage/television, authoring, vocal coaching, play-writing and music production. All members are professionally trained; holding academic degrees and certifications. The guys and gal are reminiscent of vintage soul while creating futuristic pop; the music industry and world is ready to take on Dani Wright and The Misters.